I haven’t been this excited about a concept in ages, it feels.

It’s been so long since I made a proper fashion post on here. I wanted to wait until all the WJSN Chocome stages were over before I got this out. I think I got the majority of the live stages covered in this post. One isn’t a music show performance, but it is a live performance, so it’s being included here.

So before we get started, let’s go over some common pieces I noticed in the girls outfits this era:

I think that covers the main accessories, hair and makeup Chocome wear in almost every live stage. I’ll be talking mostly about the clothes themselves, so if I miss some accessory or something in my review, no I didn’t lol. Let’s get into it.

When I say this is my least favorite outfit, I don’t mean it was complete trash and I hate it. It just didn’t vibe with me as much. I like the Greek Goddess theme here. It’s super creative, it just looks a bit cheap. You know how Spirit Halloween has different costumes at different price points?

So if you want to be Alice in Wonderland, you can find a full set for like $35. You get the basics and people get who you are. But if you really want a higher quality with all the bells and whistles, you gotta spend closer to like $100 maybe $150? Sometimes they even have the wig included. It feels like Starship went with the $40 costume.

Now, the parts of this group look that work for me, really work. I love the gold hair accessories, white heeled boots and gold belts. The dresses are okay. It’s the accessories that carry this fit.

This group fit gave me Pretty Cure anime vibes. I love it. Most of the outfits for “Super Yuppers!” are magical girl inspired. I’d say 30% magical girl, 30% superhero, 20% preppy but trendy girl, 20% random but cute theme like goddess or card suits.

My favorite part of this look is the cape. Love a good cape moment. Each member has a color designated to them. I like to think it would be associated with their respective superpower. This outfits in this stage were just so bright and cute. I’d be salty if they didn’t have an outfit like this for this era.

All white fur outfit. I love the fur outfits so much. This one in particular is like the stereotypical popular stuck up girl on the ski trip dressed inappropriately for cold weather vibes, but I’m 1000% here for it. I think it’s the hats and arm bands that sell this look for me.

They’re so exaggerated and over the top. If you took those two things away, this would just be another cool girl look. Especially with these boots. Side note, they don’t dance in heels that much this era. Shout out to Starship for that. I’m sure their feet appreciate the break, lol. Anyway, the hats change the vibe to a cute, approachable vibe. I like the fit and material of the clothes here more. I can’t decide if I like the crop top and skirt version more, or Luda’s dress. I’d be happy in either version, tbh.

Ah yes, the superhero outfits. This was one of like four outfits they wore in the “Super Yuppers” music video. They had to wear these at least once during the promotional period. These give me a mix of Wonder Woman and Captain America.

There’s also a bit of 40s pinup here too with the halter top portion of Luda’s dress. Soobin’s give me Captain America teas. Dayoung and Yeoreum’s outfits have the Wonder Woman vibes with the yellow, red, and blue. Super Yuppers looked super cute. What else is new?

Probably the outfits I most associate this comeback with, the pastel fur outfits. So so so cute. Also reminds me of Pretty Cure but with a slight Y2K vibe to it. A little Scream Queens, too. Chanel #3 in particular. I thought of her when I saw Dayoung’s pigtails with the fur puffs attached to them like ear muffs. Each member has their own designated fur hair accessories.

There’s a mix of plastic skirts with fur crop, halter, and tube tops. But the basics of each outfit is pretty much the same. Fur wristbands, gloves, pearl jewelry or silver accents on their shirts to mimic a choker, those Japanese school girl socks over the sneakers. Like with the MCountdown outfits that gave me Pretty Cure vibes, I love the color specific member outfits. It also reminds me of the Power Rangers members too.

More fur tops, but this time they’re heart shaped. I’m in love. Being a stylist for Chocome must have been such a blast, this era. I can’t help but to keep thinking that. Paired with the heart shaped tops, they’ve got these like bouclé mini skirts. There’s more pearl jewelry, some silver and gold accents, lace gloves. This time, the belts on their skirts stand out to me.

I haven’t seen chain belts like these in a while. More of the YK2 callbacks I suppose. This look is a bit more polished but still has fun. For their January 22nd performance on MBC, they wore similar outfits. This time the skirts were blue and white instead of the baby pink and tan (?) ones they wore for It’s Live. Their shoes and sock combination was also slightly different from their later performance.

This is the first group looks that is basic and feminine, but I still adore it. It definitely has popular boarding school girl vibes. This look is what I’d imagine could easily be a WJSN group look, like an extra look during “As You Wish” era. Gray, white, and black are the main colors in this pallet. Plaid and herringbone print go with these neutral colors.

Button down shirts, vests over them, more mini skirts, tights, belts, berets, buns and bows all complete this look. They wore similar outfits on Inkigayo on the 16th. They wore blazers this time and had different hairstyles, of course. I liked the Music Bank outfits a little more. So I chose to go more in depth on those rather than the Inkigayo ones. Oh, I almost forgot, this look was also one of the looks in the “Super Yuppers!” music video.

I’ve had difficulty deciding on if I wanted to rank these all best to worst. So instead, I narrowed it down to my top three fave looks. And we’ve reached number three. The all denim group look. All denim fit!! It’s like they read my mindddd.

Anytime you give me an all denim outfit, I’m gonna praise the crap out of it. I’m also a huge fan of bedazzled looks (another trend that came back in the 00s), so it’s just the perfect storm here for me. The girls wear white boots/shoes so many times this era. There’s just something about white and blue denim that work so well together visually.

The ribbons and berets here just help enhance the look. Which speaking of, the actual clothes are simple: 2 skirts, a pair of shorts, and a dress. Yeoreum’s long sleeved off shoulder shirt and skirt combo reminds me a bit of my second favorite group look this era they wore back on the 21st. I think her look in particular is my favorite out of the girls.

I love the fringe accents on her skirt and Dayoung’s shorts. Soobin’s top I’d love to have in my closet for this summer. They really liked putting Luda in dresses this era. They’ve all been cute. She’s got some jewels hanging off her as well. Dayoung’s outfit just looks like they dropped her in rhinestones and plopped her on stage. I LIVE for it.

Aw yeah, the yee haw agenda!! My second favorite outfit Chocome wore this era. Pink and cowgirl just takes things to a new level for me. Give me all the stereotypical girly things all at once! The timing is perfect too because the western look has become popular again.

The pink and white western hats, friend details, vests, shorts, feathers, white boots, western belts, and fingerless gloves all make this group look. I think the only thing missing was two people dressed up as a horse dancing on stage with them. Literally the only thing I’d add. Let’s go full on camp, because why not?

The card suits outfits!!!! My absolute favorite group look this era. I wasn’t expecting it to be when I first saw pictures and gifs of it. I just thought, “oh, that’s such a cute theme”. And slowly the more I thought about it, the more it grew on me like moss on a tree. It’s the randomness of it.

I think is why I’m so drawn to this look. We finally got all the girls in dresses, playing cards and ribbons with suits on them as hair accessories, black tights, black boots, and those lace like cuffs on their wrists. Again, there isn’t anything I’d add or take away. Everything’s perfect.

Omgggg I’ve finally got this post done! I’ve reworked it three times, but finally decided on this format. I hope y’all enjoyed it. I missed talking about clothes the Kpop gals wear. What is your favorite group look this era? Was there one I missed that you’re obsessed with? Let me know in the comments! I’ll see ya next post! 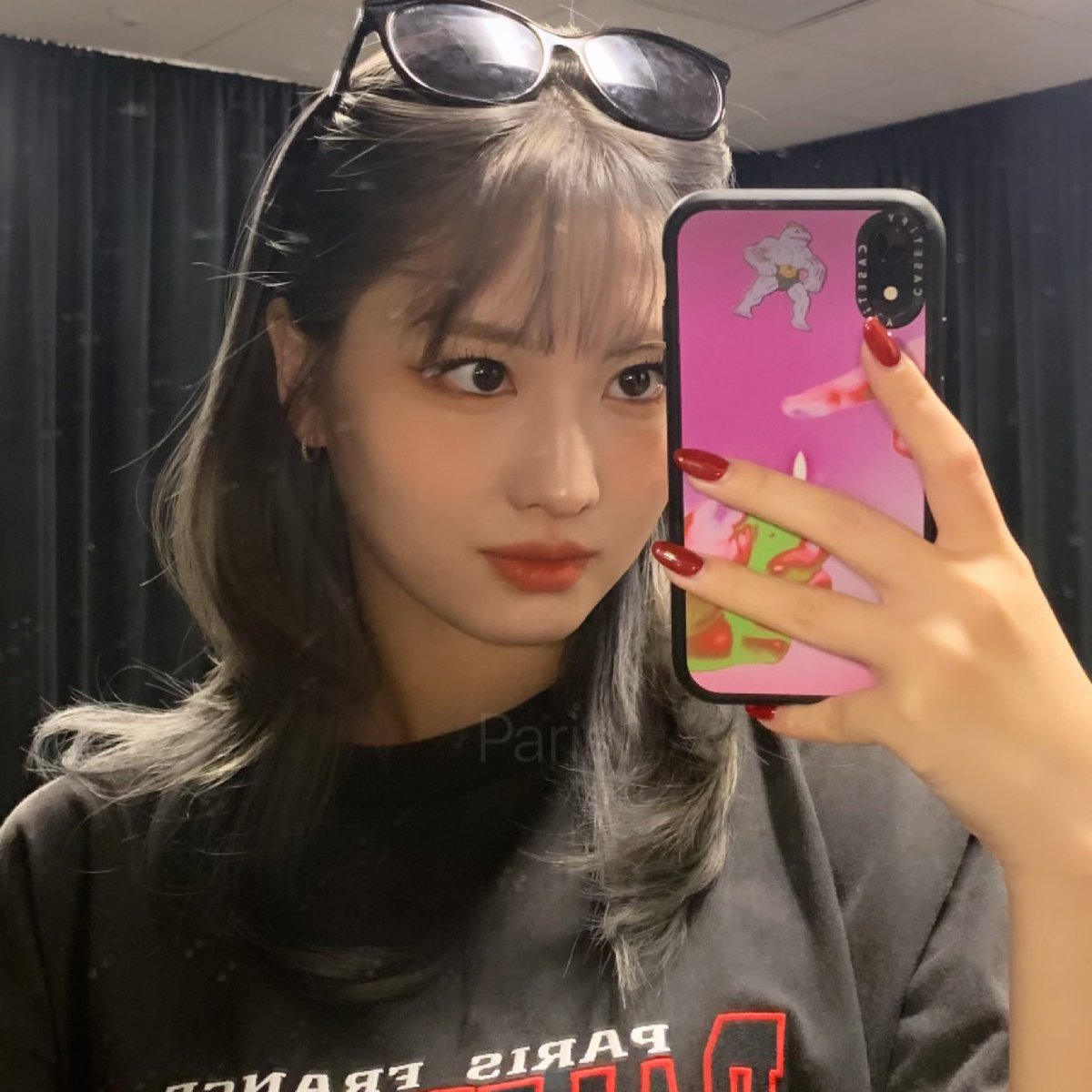