This blog is slowly becoming an SF9 fan account lmao.

June was slightly disappointing for me musically. I was really pumped for CIX’s comeback but that got delayed after Jinyoung got injured. Twice’s release was alright. WJSN album was pretty good and as mentioned in my last post, my faves like Seventeen also released an alright album.

Once I found out SF9 was going to release their 8th mini album 9loryUs, I was excited. I knew they were here to save summer 2020. I assumed it would sound similar to First Collection and basically everything they’ve released over the last 2 years. And I was right.

I like 4 out of 6 songs from 9loryUs. So I’d say it’s pretty good. I don’t have a fave from the album yet. I’ve only listened to it all the way through once so far. But it’s probably Summer Breeze. Which speaking of, there’s so much going on in the music video for Summer Breeze.

There’s this shootout halfway through the video and I’m not sure who they were supposed to be aiming at lol. So trigger warning for guns in Summer Breeze music video. I didn’t include any of those scenes in this post though.  Fashion wise there are 6 looks to discuss so let’s get into it.

There’s 4 sub-unit looks and 2 group looks in Summer Breeze. I’m going in order of sub-unit appearance then the actual group looks. So starting things off with Hwiyoung. Hwiyoung’s look is simple but perfect.

You can’t go wrong with the biker look. And the boots!!! Love when my Kpop boys wear boots.

I love and hate this look at the same time. I love how flamboyant and Miami Vice like this look is on the guys. Dawon’s boots and pants send me. I miss Taeyang’s dark hair but the blond matches well with the pattern on his shirt.

Youngbin’s hair also matches his shirt and I really like the black leather pants he’s got on. Lastly, Chani’s outfit probably ties with Taeyang’s as the less flamboyant of the bunch. I like his shirt as well. It looks light weight and perfect for summer.

Is it a SF9 video if no one wears a suit? Their stylist was appealing to the lowest hanging fruit and you know what? It works. If it ain’t broke, don’t fix it.

I like both Jaeyoon and Rowoon have different suit jackets and colors. I prefer Jaeyoon’s look over Rowoon’s. Jaeyoon looks like he’s here to do shady mafia business where Rowoon looks like he just finished committing tax fraud at his dad’s company.

I like that the license plate on the Genesis has SF9’s logo. I love small details like that. Also!!! That scene of Rowoon driving? TOO MUCH.

Hot take…maybe but Zuho and Inseong had the best unit look in Summer Breeze. I like that this looks is flashy but muted at the same time. The black and navy in these suits makes the whole vibe classy. Zuho’s look is my favorite out of the entire video. I’d like to see all the guys in a live stage version on this look.

I liked this shot of the bracelet from Good Guy now turning into a snake? Idk there’s symbolism here…this means something. Idk what though.

I think this is part of the look Inseong wears at the beginning of Summer Breeze. I like this group look. It’s simple but nothing too special. The pants make this look. I would have chosen this look below to include in Summer Breeze though.

Get it? Because that’s the song title??? Don’t make that face. I ran out of name ideas. I couldn’t call it blue and tan. That’s boring. Anyway similar with the first group look, I think this one is fine. Nothing extraordinary. But I would have chosen this group look instead.

I was thinking about revisiting some of SF9’s older videos to review in the future. What do y’all think? Got any in particular you want me to review? Or maybe you have a different music video and artist you want me to talk about. Let me know in the commets. I’ll see y’all next post! 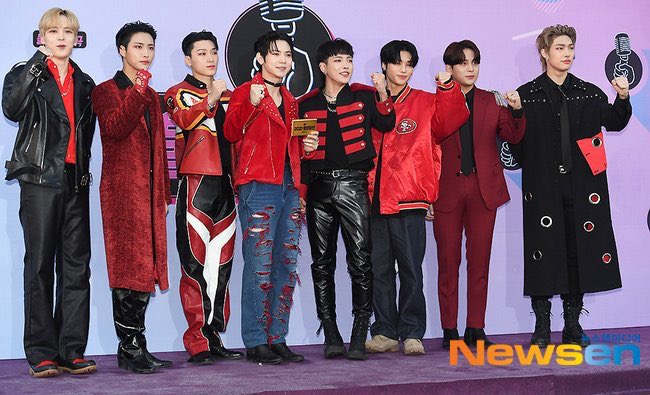