September either had gems or lemons. Let me explain.

I was excited for the upcoming debuts and comebacks for September. But by the 10th I was starting to get burned out. SuperM’s Super One album was alright. CLC’s Helicopter was a dud for me. CL’s Post Up was also okay but too short for my liking. Many releases were meh, amazing or flat out bad. But for everyone’s sake I’ll keep this list down to 10. I won’t cover Wonho, fromis_9, Taemin, or The Boyz since I’ve already talked about those. So let’s get started.

Like many OH MY GIRL fans and stans, I couldn’t wait to see what YooA’s solo would include. I was disappointed in “Bon voyage” though. For her debut title track I want to hear as much of YooA’s voice as possible. I didn’t like the lack of a chorus for this song. The scenery for the video was beautiful. I’m happy she got a music show win but this didn’t encourage me to check out the rest of the album.

Now this is what I call a strong title track. I’ve been fond of EVERGLOW since “Bon Bon Chocolat” as mentioned in my 2019 First Quarter Kpop Music Video Fashion Review: Part 3 post. I’ve enjoyed everything they’ve released since their debut. Well except for like two or three b-sides. -77.82X-78.29 album is one of my favorite albums released this year. “No Good Reason” is my favorite b-sides. I love the 80s vibe/synth in “LA DI DA” I love the outfits and I couldn’t wait to hear more from them.

I really want to like Cignature. I REALLY do. But “ARISONG” isn’t it. I like their debut song “Nun Nu Nan Na” a but more. Love the styling in the video more than the simple school girl looks in “ARISONG”. I may comeback to do a fashion review of “Nun Nu Nan Na” in the future. Maybe I’ll like their next song but at this rate, it’s a no from me dawg.

Now let me start with a complement. This music video and plot is awesome. I love the intro and I won’t go into much detail other than heroine crime stoppers. This song is just…too much. It’s loud, not much of a chorus, forgettable. It just sounds like another generic girl crush I’m a bad ass song. It’s also difficult to search them by their english name. So for now you have to search either their Korean name, Precious Bebe, or Precious Kpop to find them.

I turned this off so fast. Similar to Precious, it’s just noise music. I loved NeonPunch’s “MOONLIGHT“. I was so disappointed to hear they had disbanded. But when I heard some of the members where forming a new group I was excited and hopeful. Maybe this time they’d be successful this time around with something like “MOONLIGHT”. XUM is a completely different sound and this may just not be the group for me anymore.

There’s two in particular I want to talk about in this slot. I’m mostly calling out Chungha and AleXa for this but it’s a growing trend. Just because someone asks to do a collaboration, it doesn’t mean you should accept it. I got maybe 30 seconds into AleXa and TheFatRat’s “Rule The World” before turning it off. It was too Disney Channel for me. Chungha and Christopher’s “Bad Boy” was borderline meh. Mostly boring and awkward.

If I was flipping through channels on the radio I’d turn this off in a heart beat. I’m tired of these collaborations that don’t make sense. Most of them aren’t any good and a waste of the artist and fans time. I’m begging for these companies to be more selective. 99% of the time the Kpop artist has a larger following than the random western artist anyway.

Thank FACK for Lovelyz and their [Unforgettable] album starting the month out strong. “Memories” is my favorite b-side off this album. But let’s talk about their title track “Obliviate” first. Lovelyz is a group well known for their cute and bright concepts.

I like they made a slight change with “Obliviate”. It still had the Lovelyz sound but a darker edge to it. It reminded me a bit of GFRIEND’s dabble into a dark concept with “Apple”. The rest of the [Unforgettable] album had a similar sound to their title track. If you haven’t check out Lovelyz before, I think this is a great chance to see a different side of them.

Not my favorite debut song of recent years but I think GHOST9 has potential. I like the music video. I like the choreography. There’s parts of the song I like. But I’ll keep an eye on them.

I’m a casual ASTRO fan so I wasn’t expecting a subunit at all. “Bad Idea” is a good song. IN – OUT isn’t a bad album. But neither really hooked me like ASTRO’s “All Night” or “Blue Flame”. I really liked the video and styling for “Bad Idea” but I’m probably not going to revisit it.

Man I missed ChoA’s voice so much. I’m sooooo happy she’s back to making music. “Don’t Be Shy” is still one of my favorite songs. So when I heard she’d be working with PRIMARY again I was ecstatic. Instead of the island vibe we got with “Don’t Be Shy”, “Cloud” is more of an 80s inspired song. Still chill and very spring/summer vibes to it. My only complaint is that it isn’t on Spotify.

This one was DIFFICULT to put together. I hadn’t realized I’ve already talked about most of my favorite September releases already. So by the time I was looking back at the month…I didn’t have much to pull from. October has some major releases so I think this month will be a bit more positive lol. Let me know what you thought of this month’s list. I haven’t done one of these since June. The time is flyyyying by, huh. Send me your thoughts or suggestions for feature posts on Twitter or Tumblr. 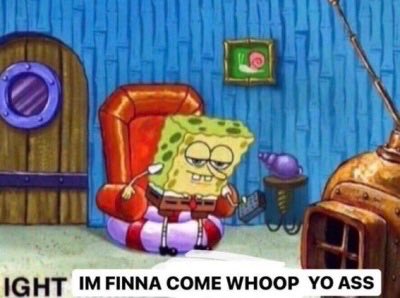